The Life of a Container Garden

Looking back over the images of the herbs and vegetables that I grew in containers around my patio last summer, I was struck by how an edible garden in a container does not have to be a static creation that you just plant at the beginning of the season and forget about. It has a life cycle comparable to that of a garden in the ground. A great example is the miniature herb and vegetable garden that I planted in this large ceramic pot in May. It contains lemongrass, variegated nasturtium, curly parsley, red cabbage, yellow Swiss chard, red Swiss chard, golden pineapple sage, and yard-long beans (on the tripod of bamboo stakes). While the yard-long beans are getting a slow start in the back, all the other components are growing strongly. 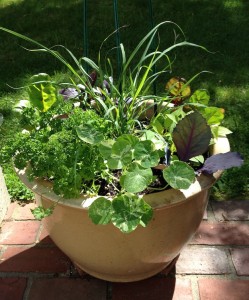 A month later, the Swiss chard and golden pineapple sage are gaining ground. While the red cabbage on the right provided a bold statement early in the season, it is growing too big and will soon be removed. 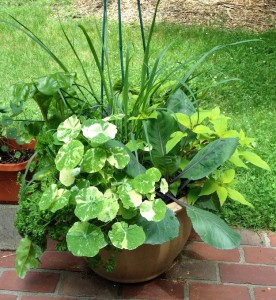 In July, the lemongrass is reaching high, while the yellow stems of the Swiss chard really stand out, even after several harvests of the outer leaves. The parsley and nasturtium are still going strong. 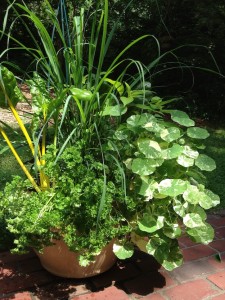 By August, the lemongrass and pineapple sage are starting to dominate. The parsley grew a little ragged, so it was trimmed back to the new growth in the center of the plant. It will provide a fresh harvest in the fall. The nasturtium has cascaded all the way to the ground and is in full bloom. Still harvesting Swiss chard!

At the end of the summer, the lemongrass is the clear winner. It adds a lush, tropical feel to the patio where we spend most of our time outside. The nasturtium grew ragged and was trimmed back, and the Swiss chard will continue to produce even after frost arrives. Seeing this container evolve over the season reminded me that although a bit of tweaking is necessary to keep everything headed in the direction you want, the real thrill of gardening is stepping back and watching the plants do their own thing. 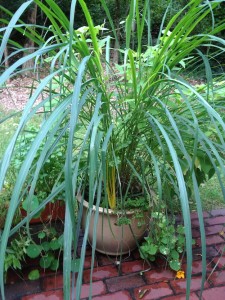 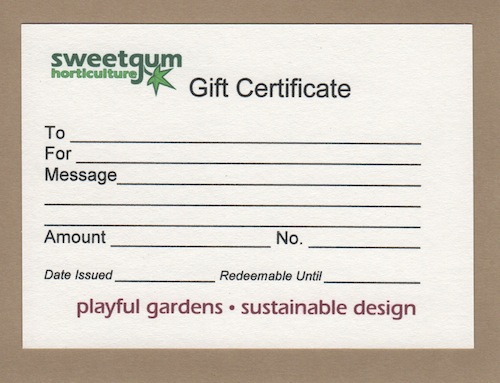 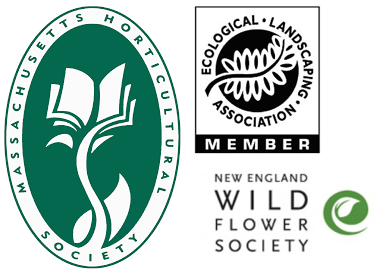